Available as digital download or C32 cassette in Norelco case.

Purchase or stream from Bandcamp below.

free downloads until the inevitable dmca removal, so get to it 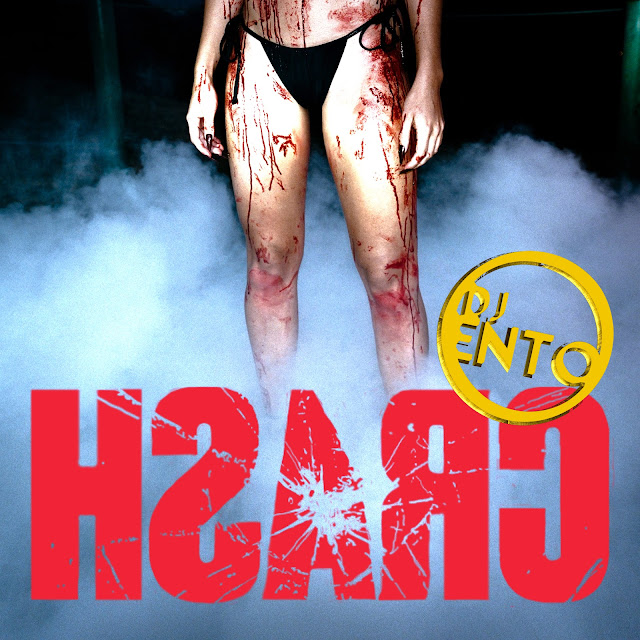 NEW: releases from no its becky and troubled by insects 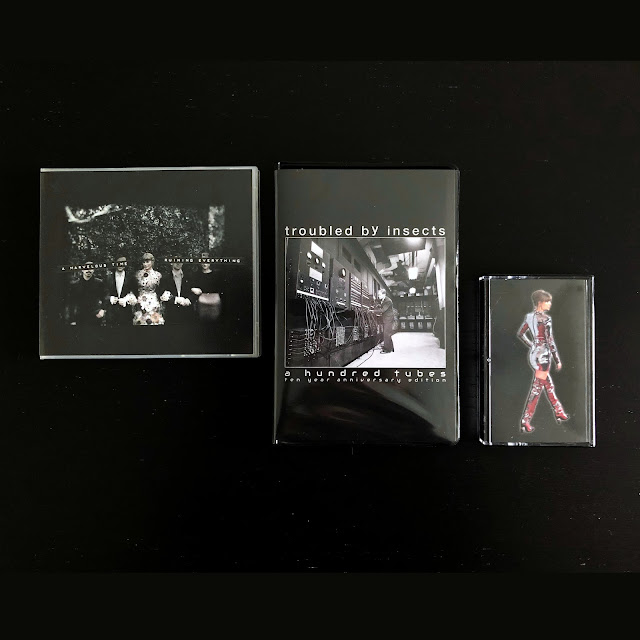 Available today from Apneic Void Records: two new releases from no its becky; parts 3 and 4 in the Folklore/Evermore Cycle. Also, a reissue of a formerly digital-only release from troubled by insects: a 10-year anniversary edition of A Hundred Tubes on C63. 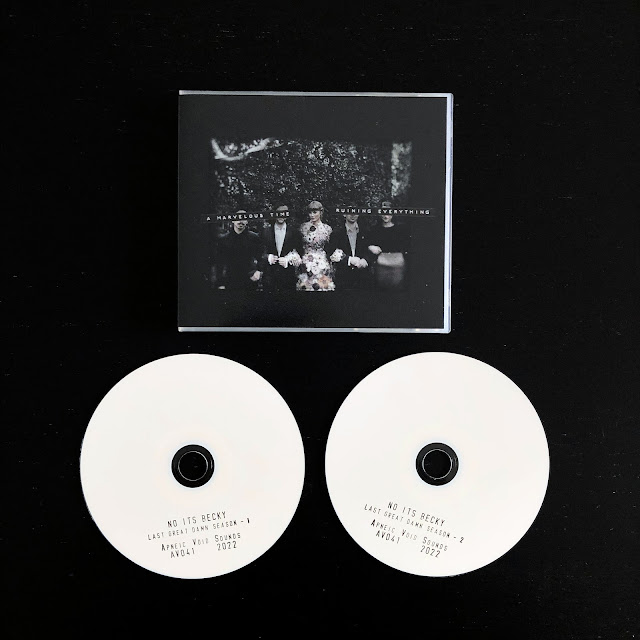 AV041: no its becky Last Great Damn Season 2xCD-R ($15 ppd US)
A huge slab of Swiftie noise worship. Over 90 minutes of HNW and deeply roasted remixes of the tracks "the last great american dynasty" (from Folklore) and "'tis the damn season" (from Evermore). CD1 showcases HNW and manipulation direct from each of the source tracks, while CD2 provides insight into the process of building each track, where the base HNW and song manipulation are presented separately for the listener to engage in each part of the work individually. An evolution of presentation and intensity from no its becky, as the Folklore/Evermore Cycle continues to take shape. Edition of 16.
Apneic Void Sounds · AV041 "A Marvelous Time Ruining Everything" (Excerpt) 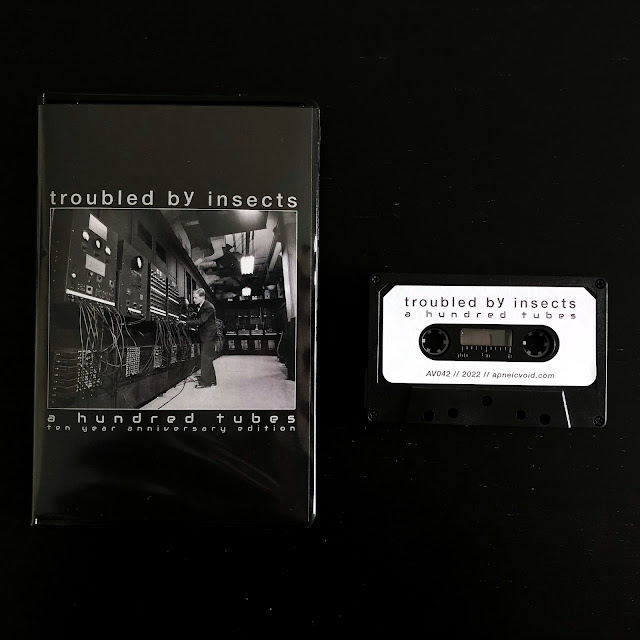 AV042: troubled by insects A Hundred Tubes (Ten Year Anniversary Edition) C63 ($12 ppd US)
Previously only available digitally, A Hundred Tubes is an expansive process work initially released in 2012 by troubled by insects on Bandcamp. An early experiment in effect processing and textural atmospheres (aligning with the artist's early work on the Blue van Meer album cycle), across ten tracks snippets and soundbites are rendered unidentifiable and mashed into ambient soundscapes that are as violent and ominous as they are meditative. Creeping into that sonic melee are vicious, pulsating beats which propel these tracks into unknown spaces. A new track ("Intro") has been unearthed for this anniversary presentation on cassette. Edition of 20.
Apneic Void Sounds · AV042 "001-010" 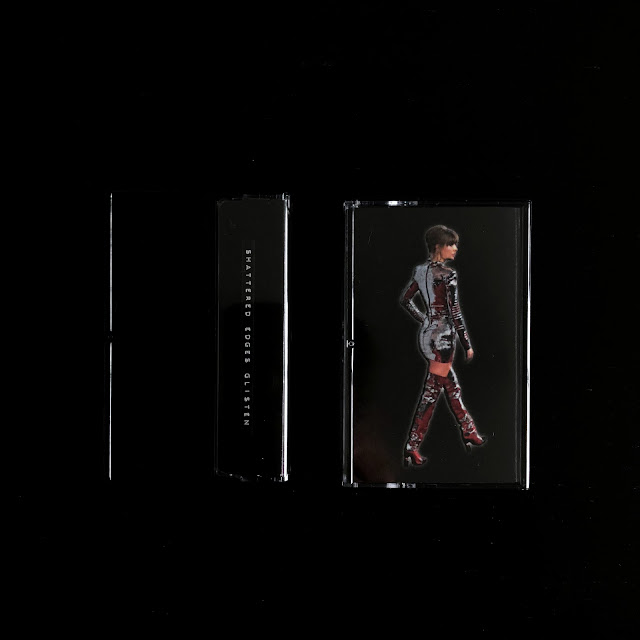 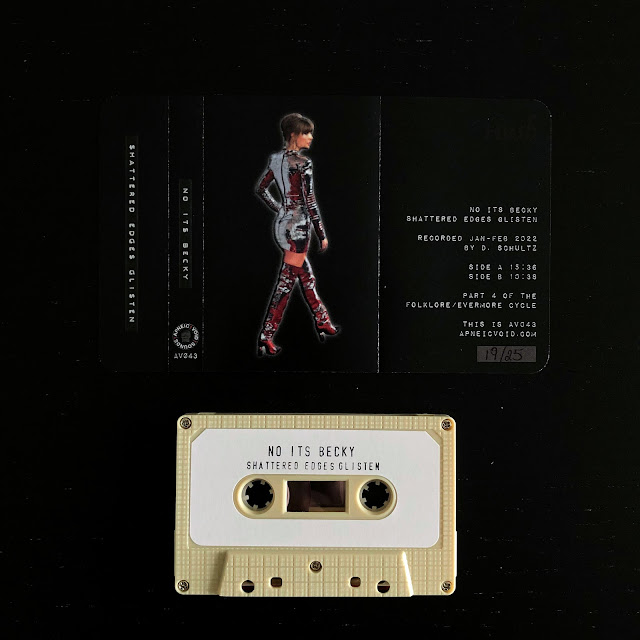 AV043: no its becky Shattered Edges Glisten C32 ($10 ppd US)
The most recently recorded no its becky tape, a meditation on "mirrorball" from Taylor Swift's Folklore and part 4 of the Folklore/Evermore Cycle. All analog manipulation and red-lined cassette tape saturation, while still showcasing reverence to the source track; another step forward in the process explored in Last Great Damn Season (AV041). Edition of 25.
Apneic Void Sounds · AV043 "Side B" (Excerpt)
All 3 releases are available in a bundle for $30 ppd US. Limited quantities available.
Discounts available for customers wanting to include former Apneic Void releases with their order.
For all orders, international shipping requests, questions -- email apneicvoid(at)gmail(dot)com -- include CONSUME in the subject line.